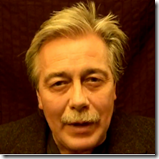 I was doing my morning peruse of my news and ran across my friend, CNN iReporter Cliff Olney’s iReport this morning. He hit every note both in his video and the prose that follows.

We better heed his prescient warning at the end. It is one that ironically I echoed on Sunday on the show I was a guest on at KPF FM 90.1 in Houston. While many times it seems like we are voting between the lesser of two evils, if that is what needs to be done, then we must do so. Apathy is what Republicans depend on to effect their middle class destroying policies. In effect our apathy is the license to the GOP to continue the pilfering and rightfully stating they are effecting what their constituents have voted for. The buck stops with us. VOTE and vote correctly.

Candid? Honest? Republican Presidential Candidates? Is that possible? What issues do they talk about?

"The GOP base has gotten seasick watching yet at every opportunity, Republican voters have turned away from him to embrace whatever shaggy dimwit gets up on their hind legs to offer themselves as the "Alternative to Romney and a champion that can ""Beat Obama" before he destroys America with his "socialistic policies".

"The main features of the campaign so far—the debates among the Republican candidates, the responses from the Obama White House, the feverish media coverage—testify to the immeasurable chasm that separates the US political system from the concerns of the vast majority of the American people.

All of the Republican candidates are appealing to the prejudices and selfish financial interests of the most reactionary sections of the population—a thin layer of the financial aristocracy and the “base” of the Republican Party among Christian fundamentalists and the ultra-right Tea Party movement.

The American media is increasingly filled with speculation about which of a half-dozen political reactionaries, all largely unknown to the American people, will win the Republican nomination to face Obama, and what the outcome of the general election contest will be.
But it is a long way to November 6, 2012 and things will unfold very differently than the media projects.

The unreality of the bourgeois election campaign has an objective source: neither party can acknowledge, let alone seriously discuss, the profound crisis of American and world capitalism that overshadows the election and is the driving force of a new series of shocks—economic, political, even military—that will quickly overwhelm the political calculations of the Democrats and Republicans.

The year 2011 saw political upheavals across the Middle East and much of Europe, including most recently in Russia. It also saw the first stirrings of mass opposition to the bipartisan right-wing policies of the Democrats and Republicans in the United States, in the protests among public employees in Wisconsin and other states, and then in the Occupy Wall Street protests that took center stage throughout the fall.

Much greater events are in store for 2012: new outbreaks of financial crisis, new wars, new eruptions of popular opposition. These events will break up the political stability of the United States—or, to call things by their proper name, the long political stranglehold of the American financial elite and exclusion of the working-class population from political life.
During the last great social and political crisis in America, in the 1960s, the mass upsurge over civil rights and the Vietnam War found expression in internal conflicts within the capitalist parties, particularly the Democratic Party

Opposition to the wars in Afghanistan and Libya, to torture and assassination as government policy, to the bailout of Wall Street, to the destruction of social services finds no expression whatsoever within the existing political system.
The very exclusion of these issues from official politics demonstrates the bankrupt and reactionary nature of the two-party system. It insures that mass popular opposition to the policies of the American financial elite will erupt outside the framework of the US elections and the two official parties.

The entrance of the American working class into mass struggles goes hand in hand with the struggle for political clarification.

Millions of working people will break with illusions in Obama and the Democratic Party if they continue to be seen as also embracing Wall Street.
Voters may then increasingly see the need for an alternative party- one which truly addresses America’s middle class concerns.

The most worrisome thing when considering the choices we have is, "One of these GOP buffoons stands a pretty damned good chance of being sworn in to the office of the president in January 2013.