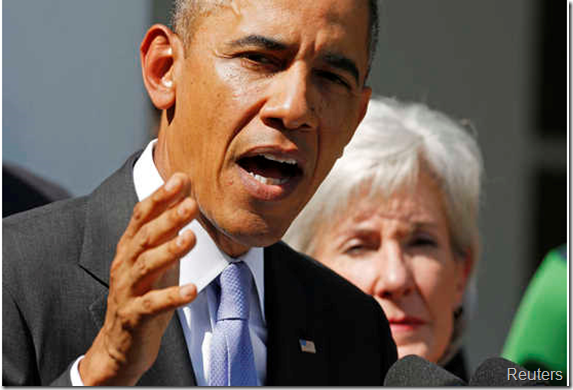 Great find by Joan McCarter at DailyKOS. Checkout her post and then read the entire piece.

In an excellent post on the Republican attacks on Obamacare “rate shock,” Brian Beutler makes a point that hasn’t been talked about enough.

Some people who receive these notices will be pleasantly surprised to find that the most similar new plan offered by their current provider is actually cheaper than their old one. Others will be told that a similar plan will cost more. What they won’t be told, because insurers don’t want to downsell or advertise for their competitors, is that they’re likely to find a different plan available through their state exchange that’s closer to the same price or cheaper. If they can’t find a cheaper one, then there’s a decent chance that federal subsidies will reduce their out-of-pocket costs. It’s only the remainder—and it’s likely to be a small remainder — that genuinely will have no choice but to either pay more money (in some cases significantly more) or pay a fine and go without coverage.