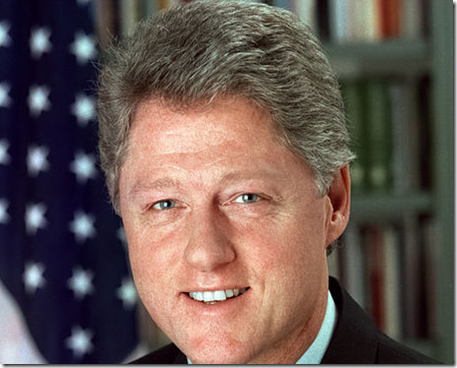 Bill Clinton gets this one all wrong. He may be trying to teach President Obama his skill of triangulation. The reality  is this triangulation did not serve middle class Americans well.

To be clear, President Bill Clinton defended the law and also gave the flawed roll-out much perspective. That said, he is smart enough to know that the literal interpretation of the President’s statement would be harmful to Americans that keep bad policies in the long run. In fact it could bankrupt Americans who had to use those policies.

President Bill Clinton is a political animal and he is likely doing this for political expedience. One must remember he was the perfect architect of triangulation. In the process he allowed the Right Wing to move the country into policies detrimental to the middle class. Glass-Steagall fell under his administration. Continuation of supply side economics and outsourcing continued as well. That said, it is President Obama who got the first crack of near Universal healthcare effected into law.

From the New York Times:

After the president’s apology last week for wrongly assuring Americans that they could retain their health plans if they wanted, senior White House aides said the president wanted to ensure that people who were forced off older policies with less comprehensive coverage were not stuck with higher monthly premiums to replace their insurance. But administration officials declined to say how they might achieve that goal, how much it would cost or whether it would require congressional approval.

At the same time, officials signaled the president’s strong opposition to calls from across the political spectrum — including one Tuesday from a key ally, former President Bill Clinton — to support bipartisan legislation that would allow people to keep their current insurance plans even after provisions of the Affordable Care Act go into effect next year.