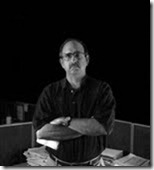 John Young created a new  term to define a faction of Republicans that is worth noting. They are the ‘Thirders.’ His piece below details the Chris Christie dilemma. It is worth the read.

New Jersey Gov. Chris Christie is thinking about the Republican presidential nomination. Then again, considering a particular segment of the electorate whose embrace he’ll need to get it, he’d best think twice.

I speak of the Thirders, a hard-right bloc from whom a bloke like Christie is — let’s be honest — irreconcilably different.

And until further notice, that group, and not people like Christie, will call the plays for the GOP.

No one else has identified this political faction by that name: the Thirders. The term occurred to me a while back when it became apparent that based on any number of polls, one of three Americans could be led to believe anything at all about Barack Obama.

At the time, that margin of Americans polled said they didn’t believe Obama’s claim to be native-born. Another poll found the same figure believing he is a Muslim.

If his opponents alerted Fox News to the claim that Obama had first introduced gum disease to America, one third of Americans would believe it. More than a few are firmly, absolutely, hardened against reality — an obstruction a tanker truck of Drano could not unclog.

Functioning plumbing is against Thirders’ nature anyway. They prefer to curse the sink. If Chris Christie is to move them, he has some tough plunging ahead.

After all, he has done several things Thirders would not countenance. For one, he and President Obama met among Hurricane Sandy’s rubble together and said conciliatory things about each other (right before an election!) Thirders were inflamed by this niceness.

For another, Christie was openly derisive of the government shutdown, the rightness of which remains unquestioned by, yes, one third of us.

Yet another problem: Christie is among few Republican governors expanding Medicaid under the Affordable Care Act.

His response to the partisan incredulity greeting this? “It’s going to mean a lot” in helping the uninsured. And with federal subsidies, “It’s going to benefit New Jersey’s budget.”

No wonder, then, why a Nov. 12 NBC News poll showed those with any opinion a one-third/one-third GOP split over Christie (the rest undecided), his popularity considerably less robust in the South.

This is no surprise. We are well aware of what type of person the Thirders want.

They want someone like Oklahoma Sen. James Inhofe, who pronounces global climate change a hoax, though it’s thought otherwise by NASA, the National Academy of Science, the Intergovernmental Panel on Climate Change and the 192 nations that signed the Kyoto Protocol.

These voters want someone like Texas Congressman Louie Gohmert, who said that socialized medicine kills — “one in five people,” in fact. No wonder so many people scream and claw against the life-threatening prospect of Medicare. It’ll kill you.

(True, America’s average life expectancy is lower than France’s, Italy’s, Spain’s, Canada’s, Germany’s, Great Britain’s and Norway’s, but that couldn’t have anything to do with its socialized health care.)

The Thirders like a straight-shooter like former Congressman Allen West, who never backed down from claims he couldn’t back up — that up to 80 members of Congress were Commies.

Thirders not only think that Sarah Palin is a great American, but as Joe McCarthy remains deceased, she’s the greatest living American.

Thirders think Texas Sen. Ted Cruz is sufficiently strident and obstructive to be their idea of a presidential nominee. They are even more enthusiastic, however, about drafting his father, Rafael “Go back to Kenya” Cruz.

Christie should know that these are people devoted to investigating the truth, and that’s why even after Obama leaves the White House, they will maintain discussion groups to parse his ethnicity, birthplace and Muslim ties.

Sure, being a smart man, Chris Christie is well aware of the Thirders. The question as he contemplates his future: Does he really want to know them better?