Bryan Henry On Conservatism and Obamacare 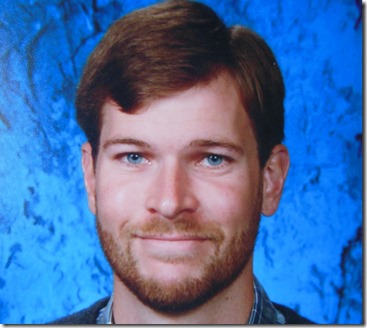 Educator, Kingwood resident, and Kingwood Area Democrat Bryan Henry makes the perfect analysis on conservatives and their opposition to Obamacare.

Edmund Burke, the 18th century Anglo-Irish statesman and founder of conservatism, criticized the radical democrats of the French Revolution for thinking that they could force reality to conform to their ideals and principles, and for failing to appreciate that the complexity of society forbids simple, pure formulas from explaining all of its operations. For Burke, conservatism meant skepticism about the ability of man to reform and improve society based on abstract theories. Conservatism meant pragmatism in the face of changing circumstances; it was the radicals who imposed speculative theories onto the world. Conservatism was about preserving existing institutions, making incremental changes, and improving what already exists through empirical trial-and-error rather than wholesale reformation. The radicals were the ones with grand schemes to remake the world, threatening to do away with long-existing practices.

Today, too many conservatives have become radicals attempting to remake society based on speculative, abstract formulas. They start with pure principles like “limited government” and “free markets” and then refuse to acknowledge that the complexity of society and institutions simply cannot be explained, much less fixed or improved, by the use of such platitudes. Saying the words “limited government” does not solve the problem of gun violence or climate change, and the phrase “free markets” is not a plan to deal with stagnant wages or rising health care costs. When confronted with the problem of how to address long-term funding for programs like Social Security and Medicare, programs that have been developed and changed incrementally over many decades, the conservative response is to remake them in the image of “free market” and “limited government” ideology. Privatize Social Security. Turn Medicare into a voucher system. In other words, completely transform programs that work in order to satisfy an ideological vision, redesign institutions without regard for the benefits they provide to real people.

Today’s conservatives, in their desire to reverse engineer a century’s worth of social reform and progress, have become beholden to an attractive, tragically simple ideology. They cling to the laissez-faire ideas that made some sense prior to the Industrial Revolution, but that quickly proved inadequate to deal with the increasing complexity of society. The Progressive Era was a response to a changing reality, a messier reality, and insisting that the political theories compatible with an agrarian society be used today will not bring back the past. It is naïve, wishful thinking to believe that simply by cutting spending and rolling back regulations we can solve our problems. We have responded in pragmatic, trial-and-error fashion over the last century to new problems that have emerged, and if we want to solve the problems that face us now we cannot pretend that complex issues are simple. For example, our health care system is very complex, inefficient, and unjust. The Affordable Care Act attempts to solve some of these problems not by radically changing the system, but by expanding the existing programs and targeting specific flaws with new regulations. The Affordable Care Act expands the private health care industry to increase coverage and utilizes market competition to control costs. Thus, it is the opposite of a government takeover, and is much less radical than conservative proposals to fundamentally change the nature of programs like Medicare.

The implementation of the Affordable Care Act has been a disaster and the legislation is not perfect, but Congress should improve the law with the goal of solving the problems, both lack of access and affordability, that the legislation was designed to solve. The conservative approach would be to solve the problems pragmatically; using whatever means will work, rather than focusing entirely on whether the program conforms to certain ideological principles. Unfortunately, Republicans decided before the law was passed that they did not want to participate in health care reform because it would hurt them politically to help Democrats. Since passage, the Republicans have attempted to obstruct and undermine implementation at every turn, simply calling for the law’s complete repeal even though that would bring back a number of problems that the ACA has already fixed! Daniel McCarthy, the editor of The American Conservative, recently explained why the Tea Party cannot govern: “What they [are] against [is] always more clear than how they could create an alternative – a modern alternative, not simply a return to an idealized past.” Conservatives must abandon their dogmatism and face reality if our two-party system is to solve complex problems and improve society. Solving something is preferable to remaking nothing. 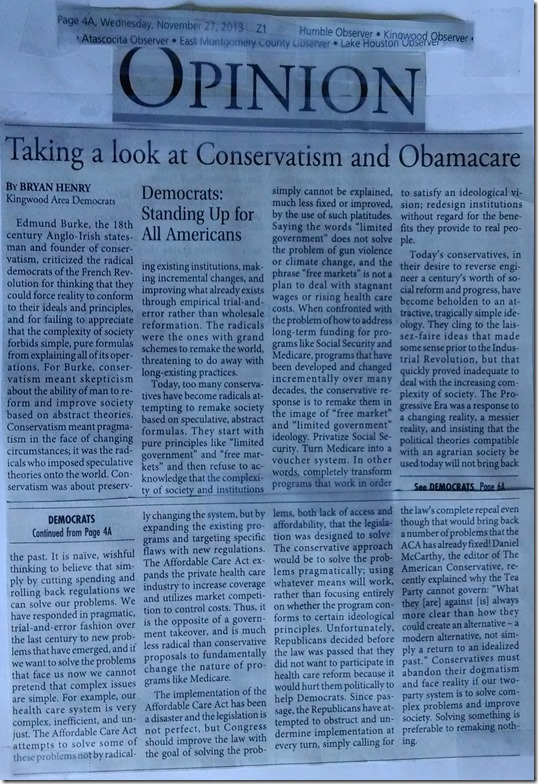