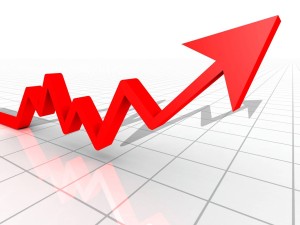 The United States economy is firing on all cylinders. It seems there was reason for the President’s optimism as he touted the success of his economic policies.

WASHINGTON (AP) — The U.S. economy grew at a sizzling 5 percent annual rate in the July-September period, the fastest in more than a decade, boosted by strength in consumer spending and business investment.

The Commerce Department on Tuesday sharply revised up its estimate of third-quarter growth from a previous figure of 3.9 percent. Much of the strength came from consumer spending on health care and business spending on structures and computer software.

It was the fastest quarterly growth since the summer of 2003. It followed a 4.6 percent annual growth rate in the April-June quarter.

Most economists think growth is slowing to an annual rate of around 2.5 percent in the current October-December quarter. They foresee growth around 3 percent in 2015.

That would be the strongest figure since the economy expanded 3.3 percent in 2005, two years before the Great Recession began.

One can only hope that politicians do not screw up what took years to build. An obstructionist Congress can put an almost immediate halt to this success. It is incumbent on Americans to force the politicians they elected to work in their interest.