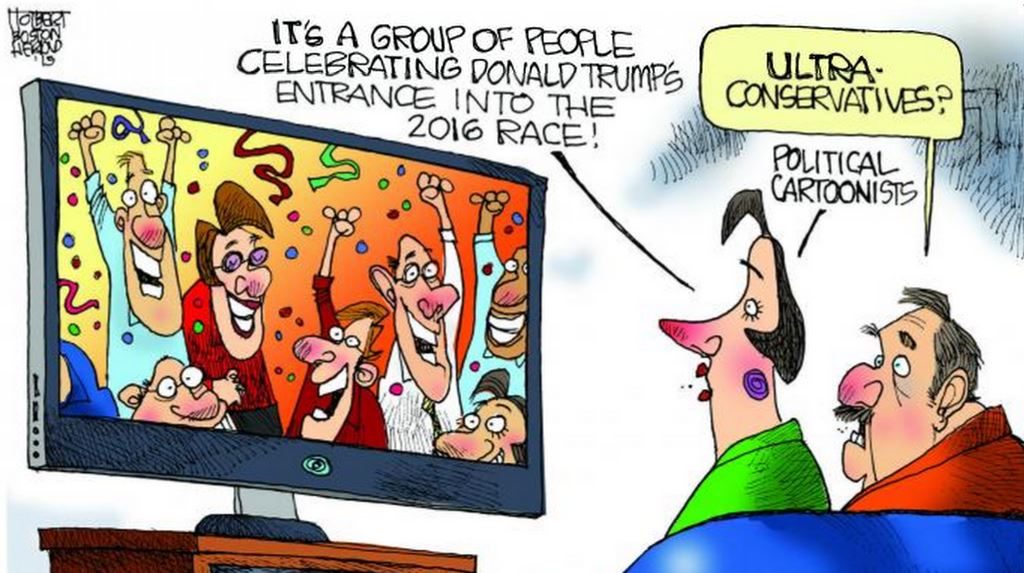 Aversion to reality, that’s what.

Don’t jump on me for that assertion. Blame University of California-Berkeley researchers. A few years ago they did an analysis of the conservative psyche. Among other things, they deduced that what underlies the conservative mindset is “intolerance of ambiguity,” otherwise known as being resistant to “cognitive complexity.”

In fourth-grade language? The researchers found that conservatives cannot handle change. And as change is a defining feature of reality, that’s a problem.

This matter came to mind the other day when the Obama administration took Cuba off the list of state sponsors of terrorism. Certain conservatives threw a fit.

Sens. Ted Cruz and Marco Rubio both reached back three decades to the evidence used by the Reagan administration to cite Cuba for helping arm communist insurgents in Africa and South America.

That may have been the case in 1982, but the nonpartisan Congressional Research Service found almost no evidence of any such thing for quite some time. Nonpartisan Factcheck.org finds Cruz’s claim that Cuba is “a leading sponsor of state terrorism” to be baseless.

Reality is a problem for the ambiguity-challenged. In this case, reality removes one key reason why, as Cruz and Rubio assert, we shouldn’t normalize relations with Cuba.

This resistance to reality applies to any number of things conservatives would like to prevent, such as changing our indefensible health care system or the atrocious disparity of wealth in this country. (Then again, the Cal-Berkeley researchers also found a defining feature of conservatives to be “an endorsement of inequality.”)

But back to the self-fulfilling nature of the Cuba-terrorist connection. Whether or not it exists today, conservatives hold it tightly as a reason — any reason at all — to block change in U.S.-Cuba relations.

It reminds me of a debate in Texas in the ’90s. State lawmakers were considering a hate-crime law, and some conservatives didn’t want it to apply to homosexuals. Some lawmakers said that a reason not to do so was Texas’ law prohibiting same-sex relations. Well, in 2003 the U.S. Supreme Court tossed out that law, invalidating one plasticized reason Texas used to discriminate against people based on sexual orientation.

Even as a Supreme Court ruling approaches that legalizes same-sex marriage, rest assured that homosexual relations would still be a jailing offense were it not for the court’s shooting down the state’s Texas’ sodomy law 13 years ago. You see, having a stone-age proscription fit for Russia or Uganda was just what the Way-Back Gang in Austin needed at the time to blunt change and end all arguments. Those were the days.

This is in keeping with another trait the Cal-Berkeley researchers identified that accompanies conservatives’ problems with ambiguity: “a need for closure.” If conservatives can rationalize one answer to all questions, such as being able to cite a ridiculous law, they can render moot any and all questions.

The death penalty meets the conservative need for closure. Even if people who die at the state’s hand ultimately are shown to be innocent, or if they were developmentally disabled or insane when they committed their crimes, at least the state can say the case is closed and we can move on.

The main thing about what we know to be conservativism is its very nature in beating back change. As the Cal-Berkeley team observed, conservatives are “comfortable seeing and stating things in black and white.”

The press release about the study referred to a statement by George W. Bush that would make him a folk hero to that core demographic: “I know what I believe, and I believe what I believe is right.”

That pretty much says it all — not so much as a pencil shaving’s worth of ambiguity. And complexity? Let’s ban that.

For 25 years John was editorial page editor of the Waco Tribune-Herald, his columns for Cox Newspapers read widely via the New York Times News Service. He was syndicated by Creators Syndicate out of Los Angeles from 1992 to 1993. The Tribune-Herald published his book, One Oar in the Brazos. In 2007 in advance of the 2008 election, he wrote Ghosts of Liberals Past (Authorhouse). Read his bio here. John Young lives in Colorado. Email:[email protected].

For 25 years John was editorial page editor of the Waco Tribune-Herald, his columns for Cox Newspapers read widely via the New York Times News Service. He was syndicated by Creators Syndicate out of Los Angeles from 1992 to 1993. The Tribune-Herald published his book, One Oar in the Brazos. In 2007 in advance of the 2008 election, he wrote Ghosts of Liberals Past (Authorhouse). Read his biohere. John Young lives in Colorado. Email:[email protected].