Mal-use of safe spaces can be a boat anchor 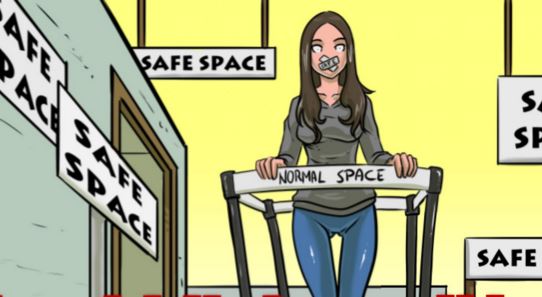 Disclaimer: If you’re easily offended, or try to avoid controversial subject matter please stop reading. This isn’t a provocation or click bait; I’m not concerned with hits, likes, comments, or shares. I genuinely care about people, but I won’t consider anyone’s feelings as I make my way through what I see as the potential weakening of the progressive movement.

Too many of our young allies are being stripped of the opportunity to develop a thick skin. Progressives need to end the safe spaces and trigger warnings cult before it ends us. Just for the record, I believe that in a free society everyone’s safety should be a priority. I’m not advocating we return to a pre-modern world where machismo and brute force determine outcomes. As a society, we should make every effort to protect people from emotional and physical abuse; I do, however, reject the notion that people need to be protected from ideas- especially ideas that should be confronted. If safe spaces are defined as areas where the dignity of every person is affirmed, and any attempt to diminish that dignity is rejected then, of course, I’m for safe spaces, but let’s not fool ourselves: safe spaces and trigger warnings weren’t deemed necessary until kids named Hunter, Madeline, Reilly, Emma, and Colin were confronted by aspects of life that made them feel uncomfortable. We have very privileged children joining our ranks who’ve never learned how to fight.

Maybe we should modify the old adage: I’d rather have smart enemies than stupid allies. I believe It’s better to have brash political opponents than meek political allies. Whether we admit it or not the right-wing has masterfully redefined the rules of political engagement. Not calling someone a n*gger is the new political correctness. Donald Trump’s campaign is, in some ways, fueled by the conservative rejection of the safe space, trigger warning society. Many of our political allies refuse to read the writing on the wall. They’re convinced that a more nuanced approach to presenting our views will cause an ideological renaissance in America. They fail to recognize the mental blocks at work in the minds of some of our political opponents. We have political adversaries who trust the guy who hooked up their WIFI more than the scientists who developed the technology. Many on the right don’t respect the universities where our ideas are cultivated. Climate change is a joke to someone who doesn’t respect the institutions that produced the data that supports it.

If the university is the progressives minor leagues, what kind of damage are we doing to our future prospects by coddling them? Yes, we need thoughtful and articulate young people who are sensitive to the feelings of others to help advance our social and economic agenda, but we also need courageous warriors. It’s easier to get a hundred undergrads to sign a petition against an energy company polluting the environment than it is to get a dozen to stand up against police brutality. I’m not just attacking the children of wealthy suburbanites who make up the majority of our campuses; even at HBCU’s where social movements are a rite of passage there’s been a drop off in those who participate in mass movements. I could be wrong, but I believe some of that drop off could be linked to a generation of kids raised by helicopter parents and universities where confrontations are avoided. The University of Missouri stood out because they forced a change, but their numbers were meek compared to the size of the campus.

The anger expressed by conservatives on television, radio, and the campaign trail is multiplied by their base on social media. Instead of laying out another set of arguments designed to invalidate the roots of that anger, maybe we should just accept the fact that their anger is real to them. The far right isn’t just mad; they’re willing to fight for their beliefs. I ‘m worried that twenty years from now the populist anger we see on the right will go largely unchecked. I know there will always be progressives willing to fight for the cause of social justice, but if your social media experience is similar to mine then you notice that there are more on the right willing to express inaccurate memes and posts than progressives willing to correct the record. It might seem like a leap, but there are too many in our ranks who avoid all forms of conflict. This needs to stop. Twenty loud voices spreading a lie are more useful to a cause than twenty people who know the truth, but are too scared to stand up. We need to match the level of intensity coming from the other side. We’re viewed as soft, and I don’t see any signs of us shaking that perception.

This article was originally posted at dagblog. 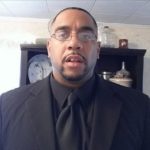 Danny Cardwell was born to love, read, think, write, and die. He’s a Deacon at Piney Grove Baptist Church in Hot Springs, Virginia. For the last fourteen years he has preached, tutored, lectured, and mentored to at risk youths in churches, group homes, and inside the Virginia Department of Corrections. He serves on the board of directors for Preservation Bath- a nonprofit dedicated to preserving the architectural and historical integrity of Bath County. He blogs at dagblog and at Thoughtwrestler.