Medicare for all / single-payer is the answer 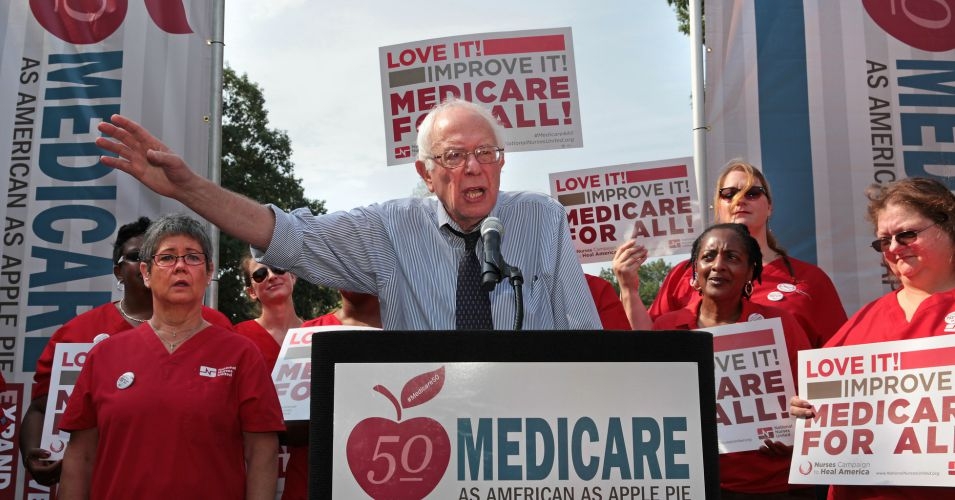 Yesterday the editorial board of the Washington Post charged that Bernie Sanders’s health-care plan rests on “unbelievable assumptions” about how much it would slash health-care costs without affecting the care ordinary Americans receive.

The Post claimed that countries with the kind of single-payer plans Sanders likes “ration care in ways that federal health programs in the United States … do not.”

We can debate specific numbers, but the Post’s unstated assumption – that the quality of health care received by Americans is superior to the quality received by, say, Canadians, from their single-payer, mostly publicly-funded system – is not borne out by evidence.

True, Canadians typically wait longer to consult specialists and get non-emergency surgery than we do. But a higher share of Canadians get medical attention when they need it. Even after the Affordable Care Act, some 26 million Americans – about 10 percent of the population – still lack health insurance, and millions more rarely see a doctor because they can’t afford ever-increasing co-payments and deductibles.

The Post goes on to attack Sanders for failing to have a “plausible” plan for plugging looming deficits as the American population ages. I’m curious to know which candidate, of either party, has a plan that satisfies the Post’s definition of plausible deficit-reduction.

Nonetheless, a major reason future deficits loom large is the expected surge in Medicare costs as 77 million boomers need medications and treatment. In this respect as well, a single-payer system  – capable of using its full bargaining power to attain lower prices for pharmaceuticals – will yield substantial benefits.

Robert Reich, one of the nation’s leading experts on work and the economy, is Chancellor’s Professor of Public Policy at the Goldman School of Public Policy at the University of California at Berkeley. He has served in three national administrations, most recently as secretary of labor under President Bill Clinton. Time Magazine has named him one of the ten most effective cabinet secretaries of the last century. He has written thirteen books, including his latest best-seller, Aftershock: The Next Economy and America’s Future; The Work of Nations; Locked in the Cabinet; Supercapitalism; Beyond Outrage; and Saving Capitalism. His syndicated columns, television appearances, and public radio commentaries reach millions of people each week. He is also a founding editor of the American Prospect magazine, and Chairman of the citizen’s group Common Cause. His widely-read blog can be found at www.robertreich.org.