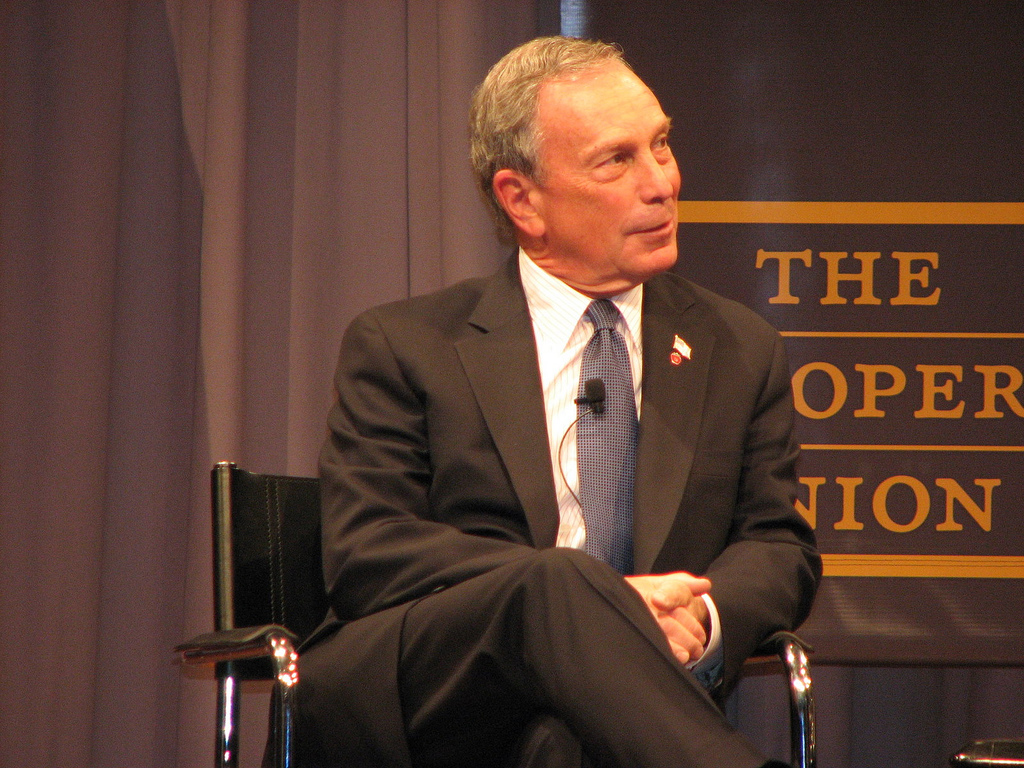 This article titled “Michael Bloomberg announces he will not run for president” was written by Scott Bixby in New York and David Smith in Washington, for theguardian.com on Monday 7th March 2016 22.22 UTC

Michael Bloomberg, the former New York City mayor and one of America’s richest men, announced on Monday that he will not mount a third-party run for the White House.

“I believe I could win a number of diverse states, but not enough to win the 270 electoral college votes necessary to win the presidency,” Bloomberg wrote in an editorial for Bloomberg View entitled The Risk I Will Not Take. “When I look at the data, it’s clear to me that if I entered the race, I could not win.”

The move is likely to be seen as a recognition that Hillary Clinton is set to survive the challenge of Bernie Sanders and protracted controversy over emails sent during her time as secretary of state, and therefore represents the best chance of defeating anti-establishment Republicans Donald Trump and Ted Cruz. A Bloomberg candidacy could backfire by diminishing her support.

“As the race stands now, with Republicans in charge of both Houses, there is a good chance that my candidacy could lead to the election of Donald Trump or Senator Ted Cruz,” Bloomberg wrote. “That is not a risk I can take in good conscience.”

The 74-year-old Democrat-turned-Republican-turned-Democrat-turned independent was fiercely critical of Trump, saying the property tycoon has run “the most divisive and demagogic presidential campaign I can remember, preying on people’s prejudices and fears”.

He acknowledged that he and his fellow billionaire had been on “friendly terms” and that he had twice agreed to be on Trump’s reality TV show The Apprentice. But the former mayor said that Trump’s campaign “appeals to our worst impulses”.

Referencing Trump’s campaign slogan, he added: “We cannot ‘make America great again’ by turning our backs on the values that made us the world’s greatest nation in the first place. I love our country too much to play a role in electing a candidate who would weaken our unity and darken our future – and so I will not enter the race for president of the United States.”

Bloomberg was similarly critical of Cruz, saying the Texas senator’s “pandering on immigration may lack Trump’s rhetorical excess, but it is no less extreme”.

The three-term mayor of New York and founder of financial titan Bloomberg LP reportedly began weighing the prospects of a presidential run earlier this year, as the primary contests in both the Republican and Democratic parties presented a possible opening for a third-party candidate to successfully run for office.

It seemed that the the success of outsiders Trump and Sanders might open up a centrist third lane for Bloomberg, a moderate Republican with liberal stances on social issues like same-sex marriage and gun control. In New York he banned smoking in public places and introduced calorie counts on menus.

Bloomberg, who had suggested readiness to spend $1b of his own money on the run, set a mid-March deadline for his team of advisers to assess the feasibility of entering the race. He took some exploratory steps, making a mock TV ad, preparing to open campaign offices in Texas and North Carolina and having aides begin to vet possible vice presidential candidates.

Bloomberg cited the 12th amendment of the US constitution as an insurmountable hurdle to his candidacy: “In a three-way race, it’s unlikely any candidate would win a majority of electoral votes, and then the power to choose the president would be taken out of the hands of the American people and thrown to Congress.

“The fact is, even if I were to receive the most popular votes and the most electoral votes, victory would be highly unlikely, because most members of Congress would vote for their party’s nominee. Party loyalists in Congress – not the American people or the electoral college – would determine the next president.”

One of the wealthiest people in the United States estimated to be worth $38b, Bloomberg has previously toyed with presidential runs, but concluded ahead of the 2008 and 2012 campaigns that he could not win. When 2020 comes around, he will be 78.