The Mainstream Media: A Big Disconnect 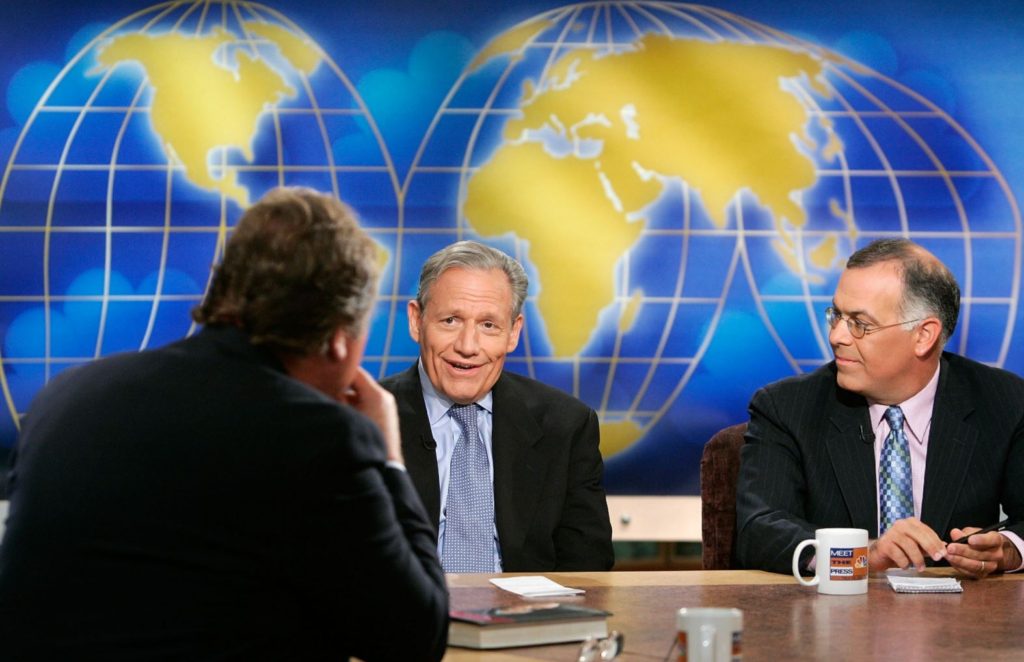 To their everlasting discredit, most of the MSM Big Feet, which is what the late journalist Richard Ben Cramer labeled the self-important, pontificating political reporters and pundits who dominate our press, got it all wrong about Donald Trump and Bernie Sanders.

That is no small thing when you consider those two are the big stories this campaign season. It’s like a weatherman missing a Category Five hurricane. Of course, if a weatherman had blown that call, he probably would be fired. With pundits, getting it wrong never seems to matter.

To their credit, a few of those Big Feet have fessed up to their errors. New York Times columnist David Brooks, one of the most contrite, admitted that he realized he had been living in a bubble and had to get out in the country a bit more — “change the way I do my job,” is how he put it — to understand the American psyche.

Brooks is right that a huge disconnect exists between the people who report on our politics and the people who participate in them. My own sense is that by and large political journalists are a smug bunch, but they come by it naturally. If they seem to have contempt for us, it is because they really do have different experiences and inhabit a different world from the vast majority of their fellow Americans. The most powerful of them – the ones you read, see and hear the most – constitute an elite so far removed that it could only understand us through the most aggressive sympathetic imagination.

And that is not going to happen.

For one thing, journalists as a whole don’t look like the rest of America. “The typical U.S. journalist is a 41 year-old white male,” began a 2006 report by the Pew Research Center. When that report was updated in 2013, that typical journalist had become a 47 year-old white male, and the median age had risen not only at newspapers, where one might expect journalists to be aging along with their institution, but also at TV and radio stations and even online news sites.

As for the “white” part, journalists are overwhelmingly white in a nation that is increasingly diverse. Roughly 37 percent of Americans are minorities – a number that is growing rapidly. But by one study, minorities possessed only 22 percent of television journalism jobs, 13 percent of radio jobs and 13 percent of daily newspaper jobs. Another study, by Indiana University, puts the percentage of minority-held journalism jobs much lower: 8.5 percent in 2013.

And as for the “male” part, while the number of women in journalism has been increasing ever so gradually, only one-third or so of full-time journalists are women – a fraction that has held more or less steady since the 1980s.

So here is the situation: A country that is increasingly younger, darker and half female is being reported on by a press corps that is older, whiter and more male. A gaping demographic gulf separates the press from the people – a gulf that undoubtedly affects the kinds of stories chosen and the way in which they are covered.

And there are other dredges that widen the gulf. Although journalists are obviously scattered throughout the country, they are not geographically apportioned equally. As one might expect, the news centers are New York, Washington and, to a lesser extent, Los Angeles. Of the 40,000 journalists in America, nearly a quarter live in these three areas, which is staggering when you think about it, and which certainly skews the news coverage. It also seems to confirm the familiar gripe of middle America that media elites consider most of the country a fly-over from LA to NYC.

I love New York, and I am fond of Los Angeles and Washington, too, but I would hardly say that these three are microcosms of America. While all three rank highly among American cities in a rubric of racial and ethnic diversity, as determined in a study by Wallethub.com (NYC at #6; LA at #54 and DC at #78), all three are middling in income diversity (DC at #86; NYC at #157; LA at #183). That means most Big Feet reporters live in economically stratified cities, and many of them, almost by definition, live in the upper income strata.

The average reporter or correspondent doesn’t make very much money, according to the Bureau of Labor Statistics in May 2015 – a little less than $50,000. By comparison, the mean household income in the US generally is just about $52,000. But remember those BLS figures include all reporters and correspondents in the country, including folks in the boondocks where salaries are low. If you focus on the Big Three cities, the picture is somewhat different. The mean annual wage for a reporter in NY is $69,000, in the metro DC area $75,000, and in LA $48,000, actually under the general mean, which suggests how much the major news media outlets are really concentrated in the East.

Of course, those figures very likely underestimate what national correspondents earn, much less what the Big Feet – the reporters and pundits who wield the most influence – get. We don’t know exactly what their salaries are because they aren’t going to tell us, but we don’t have to exercise too much imagination to believe that they are extremely well paid, as in “one percent” well paid.

This matters because the widest gulf between the press and the people is probably not politics (over 50 percent of reporters call themselves independents, so they aren’t pitched at the political poles) or race or ethnicity or geography or even the culture that is forged by a combination of these – though all are important and all contribute to a press corps that neither resembles America nor, in many respects, thinks like most Americans.

Rather, the widest gulf may be economic. It is very possible that reporters – especially the Big Feet – dismissed Trump and Sanders because journalists couldn’t possibly fathom the deep, seething, often unspoken economic discontent that afflicts so many Americans and that has helped fuel both the Trump and Sanders movements. They couldn’t fathom it, perhaps, because they haven’t experienced it. I know because I have.

When you put their geographical proximity together with their class solidarity, it is entirely likely that MSM reporters will huddle, the way most geographic and economic cohorts do. They are more likely to see the same things, attend the same parties and events, mingle with the same people, draw on the same sources and send their children to the same schools, which adds up to their seeing the world in similar ways and reporting the same stories in the same ways. In short, the MSM is not only an elite, it is a kind of economic and cultural clique. And that clique is not us.

So David Brooks can leave his bubble and attempt to find the soul of America. It is an admirable objective. But like all Big Feet, he would have to do more than change the way he does his job. To do it right, he would have to give up his home, his salary, his friends, his comfort, his inevitable sense of privilege. That is the only way he might truly feel, and thus fully comprehend, the pain and anger that is at the heart of this strange campaign year.