According to police, white 28-year-old Maryland man James Harris Jackson took a Bolt bus up to New York City Monday for the express purposes of killing black men and did just that, stabbing 66-year-old Timothy Caughman in Hell’s Kitchen later that night. Police say the suspect, an ex-military member of a white supremacist hate group, asked police to arrest him, warning he would attack again if they didn’t. 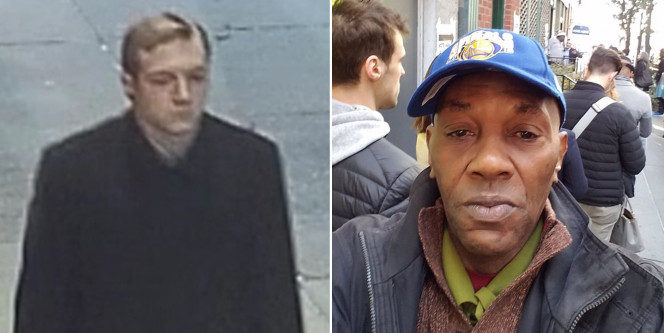 Reading media reports of the incident, however, one would hardly know which of the two men was the cold-blooded killer and which was the victim. The New York Daily News (3/22/17)—which has a history of smearing black suspects simply on the say-so of the NYPD (FAIR.org, 5/2/16)—felt the need to mention the black victim’s prior, wholly irrelevant police record (emphasis added):

Coughman lived in transitional housing on West 36th Street that serves people with HIV/AIDS. Praxis Housing Initiatives holds a contract with the city. He has 11 prior arrests, including for marijuana, assault, resisting arrest and menacing.

What, one might ask, does this have to do with anything? The reader is provided with no indication of Jackson’s criminal record, or whether there was any attempt to find it out, but somehow the rap sheet of the murder victim was primed and ready to go.

In December 2014, Ismaaiyl Brinsley traveled to the city from Baltimore and assassinated Police Officers Wenjian Liu and Rafael Ramos, were in the car near Myrtle and Tompkins Avenues in Bedford-Stuyvesant. Brinsley had made anti-police statements on social media prior to the murders.

This is a bizarre journalistic choice that appears to be some kind of attempt at “balancing” the coverage, suggesting that there could be a bit of score-settling going on: Yes, this black man was senselessly murdered by a white supremacist, but some other black guy killed cops two-and-a-half years ago, so….

The New York Post (3/21/15) would do one better, turning Coughman—again, let’s remember, the victim of a heinous, gratuitous hate crime—into the bad guy:

Caughman, who has 11 prior arrests, walked for about a block after the stabbing and staggered into the Midtown South Precinct, looking for help. He died hours later after being rushed to a nearby hospital.

Police sources said the career criminal was refusing to talk to police about the incident and acting combative before his death.

A homeless man is fatally stabbed by a Nazi with a 26-inch sword, simply because of the color of his skin, and the Post insists on calling him a “career criminal,” and accuses him of “acting combative” to police right before he had the audacity to bleed to death.

The bizarre inclusion of the victim’s criminal record probably explains why an AOL News report (3/22/17) based on the Daily News article mistakenly attributed the priors to the person who is actually accused of the crime:

Jackson has 11 prior arrests, including for marijuana, assault, resisting arrest and menacing, according to New York Daily News.

It’s an understandable mistake–after all, we typically discuss the criminal pasts of suspects, not victims.

It’s not uncommon, though, for the media to dredge up the unrelated pasts of black victims. An August 2014 New York Times profile of Michael Brown, who was shot and killed two weeks prior by Ferguson, Missouri, police officer Darren Wilson, infamously insisted he “was no angel,” despite no one ever insisting that he—or any other human—was. When the LAPD shot and killed homeless man Charly “Africa” Keunang, local media, as FAIR noted at the time (3/4/15), rushed to bring up all his prior bad acts and plaster his mug shot all over their websites:

The LA Times digs up irrelevant dirt on a homeless man killed by the LAPD.

The Washington Post (4/29/15) helped smear Freddie Gray after he was killed by the Baltimore Police Department, insisting in a since-discredited and corrected story that Gray had caused his own injuries.

It’s unclear why editors and reporters can’t resist the impulse to bring up black victims’ irrelevant prior bad acts. Given the frequency of this trope in corporate media, the effect—regardless of intent—is one of racist smear.