We know the New York Times has to lower its standards for conservative columnists; otherwise, they would never have any on their opinion pages. But they might have gone too far with Bret Stephens. The guy apparently knows literally nothing about the economy, and is so ignorant he doesn’t even know how little he knows.

In his latest column, he touts the good economic news under Donald Trump: “The Dow keeps hitting record highs, and the economy is finally growing above the 3 percent mark.”

This is meant to say that things are going great for the country. The new highs in the stock market are good news for the roughly 25 percent of the country that holds substantial amounts of stock. For the rest of the country, they make less difference than the outcome of Sunday’s football games.

As fans of Econ 101 know, the stock market is a measure of expected future profits–that is, when it’s not in a bubble driven by irrational exuberance. So the current expectation is that after-tax corporate profits will be a larger share of future income. That’s great news for large shareholders. And guess where those larger expected profits will come from? Are you celebrating yet? 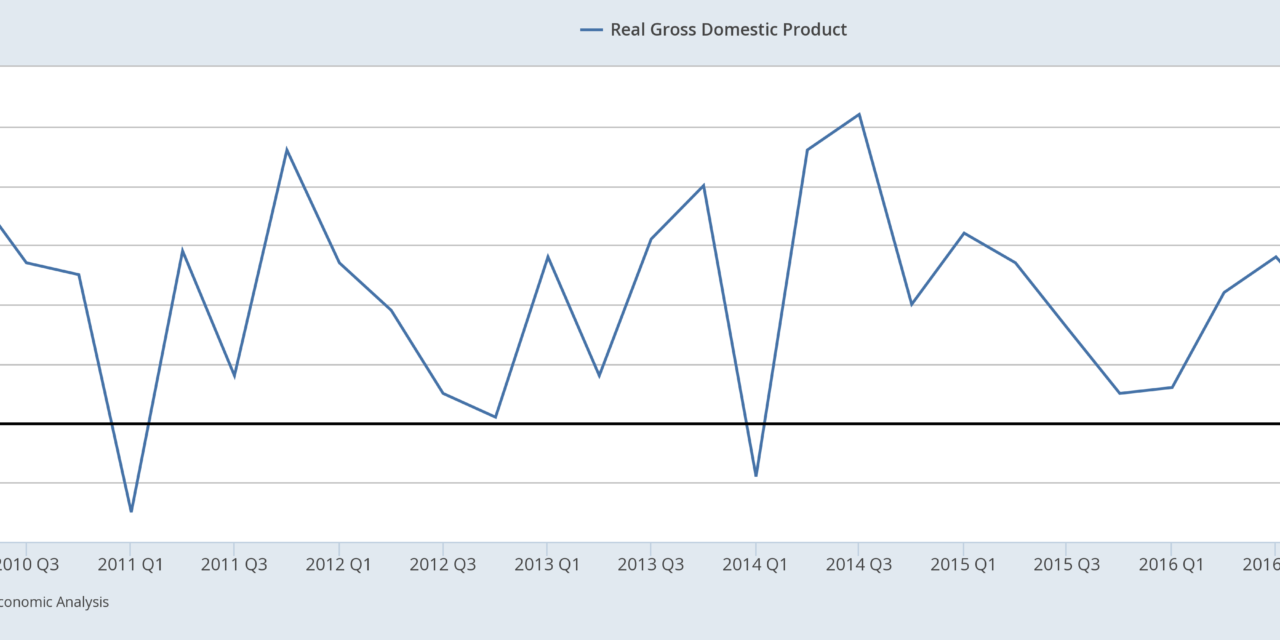 Anyhow, Stephens apparently seems to think that the 3.1 percent growth in the second quarter implies that the economy is now on a growth path of above 3.0 percent. If there is any economist who agrees with this assessment, they are keeping a very low profile. For what it’s worth, the most recent projection for third-quarter GDP, based on the data we have to date, is 2.3 percent.

A version of this post originally appeared on CEPR’s blog Beat the Press(9/30/17).

You can send a message to the New York Times at letters@nytimes.com(Twitter:@NYTimes). Please remember that respectful communication is the most effective.