Since the breakup of the Soviet bloc and China’s turn toward free markets, many economists have pronounced an “end of history,” where capitalism reigns supreme as the ultimate form of economy. Perhaps “there is no alternative” to a globalized neoliberal economy, as former British Prime Minister Margaret Thatcher often said. Indeed, free markets in which individuals compete to get what they can while they can are glorified in popular culture through reality shows such as Shark Tank.

But many of us in the 99 percent are not feeling so happy or secure about this economy’s results. Many are working harder and longer just to maintain housing and keep food on the table. Even the college-educated are mired in student debt, keeping the American Dream beyond their grasp. Student debt is one of those things that can haunt students for the rest of their lives. For some Americans, this debt is almost impossible to pay off. This means that people will always be in debt or bankrupt, unless they get in touch with a bankruptcy attorney Harrisburg PA, for example. Those attorneys should be able to help students manage their debt more effectively, allowing them to pay it off and move forward with their lives. And then there are those who have never been served well by this economy. African Americans were liberated from enslavement only to be largely shut out of “free” market opportunities. Immigrants continue to work in the shadows. Women still earn only about three-quarters of what men make for the same work.

So, are we trapped in capitalism? While many of us may want a new economy where people and planet are prioritized over profit, we remain skeptical that another world is really possible. We make some progress locally but then feel powerless to affect national and global forces. Too often “the economy” is equated with markets where corporations compete to make profits for the wealthiest 1 percent and the rest work for a wage or salary (or don’t make money at all). Work itself is seen as legitimate only if it legally generates income. Value is measured only in money terms, based on what people are willing to pay in the market. The capitalist mindset also separates economy from society and nature, as if it exists apart from people, communities, government, and our planet. Economy is its own machine, fueled by profit and competition.

When everything that we label “economic” is assumed to be capitalist-transactional and market-driven-then it is no wonder that we run short on imagination.

To escape this “capitalocentrism,” we need to broaden the definition of economy beyond capitalism. What if, instead, economy is all the ways that we meet our material needs and care for each other? And what if it’s not a singular thing? Then we would see that beneath the official capitalist economy are all sorts of thriving non-capitalist economies, where there may not be a profit motive or market exchange. They include tasks that we do every day. We care for our children and elderly; we cook and clean for ourselves and each other; we grow food; we provide emotional support to friends. These are all ways of meeting our material needs and caring for each other.

For many, these economies, which foster solidarity and are rooted in values of democracy and justice rather than maximizing profit, are invisible or not recognized as “economic”; they are merely how we go about our lives. Capitalist thinking blinds us to these economic activities, some of which make survival possible and life meaningful. These non-capitalist ways also add up to a significant portion of all economic activity. Economist Nancy Folbre from University of Massachusetts Amherst estimates that unpaid domestic work (historically considered “women’s work”) was equal to 26 percent of the U.S. gross domestic product in 2010.

Broadening the definition of economy also puts people back into the system and empowers us. Economy is not just something that happens to us, a sea in which we swim or sink. Rather we are all part of multiple economies, some in which we are the main actors-such as our household economies-and others in which we are the extras-such as venture capital markets.

Recognizing these diverse economies and lifting the veil of capitalocentrism allows us to see that there are choices to be made, ethics and values to be considered. For example, I might pay more for lettuce from a local farmer who grows sustainably rather than from a distant supplier that exploits farm workers and uses pesticides. These choices are not only made as consumers, but also as workers, producers, and neighbors, and through policies that set the rules necessary for any economy to function. Do I work for a for-profit owned by shareholders or for a worker-owned cooperative, nonprofit, or B corporation? Should public land be used for luxury condos or for affordable housing? These questions open space for all of us to participate in shaping our world and the economic futures of the 99 percent.

Across the U.S., from Jackson, Mississippi, to Oakland, California; in rural Kentucky and on Navajo-Hopi lands; and throughout Massachusetts’ biggest cities, it is often poor communities and communities of color that are building solidarity economies around these questions. This is not new. In fact, this is where solidarity economics-collective strategies for survival-have been innovated out of necessity. Think mutual aid, community organizing, self-help, and cooperatives of all kinds. These practices have been embedded in Black liberation movements, the early labor movement, and many other progressive movements in the U.S. 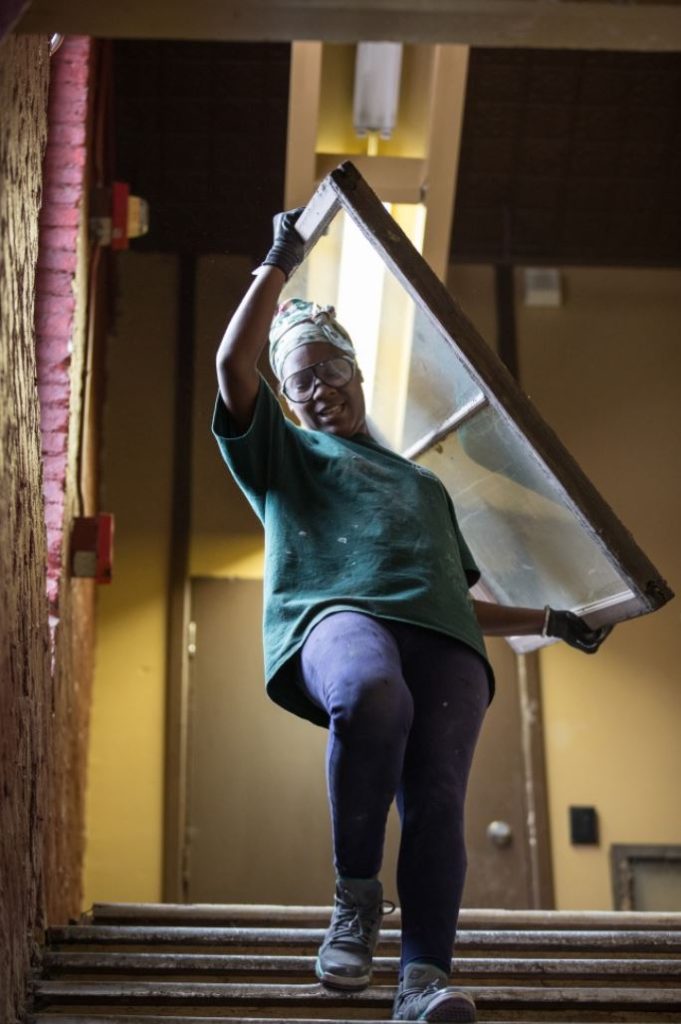 The desire for deep, transformational change-for the multitude of solidarity economies to add up to something-comes not just from those who are dissatisfied, but even more so from communities that are simply struggling to survive. Dreams of a decent life and a fair shake come from those making Black Lives Matter, from immigrant workers making poverty wages, from ex-prisoners locked out of the mainstream economy, from tenants barely able to make rent, and from communities being displaced to make way for the 1 percent.

Springfield is Massachusetts’ third-largest city, and here the Wellspring initiative is building a network of worker-owned cooperatives to create local jobs and build wealth for low-income and unemployed residents. Inspired by the Cleveland Evergreen Cooperatives, which has built a network of worker-owned businesses to provide goods and services to the region’s anchor institutions, Wellspring was founded in 2011 to try to capture some of the $1.5 billion spent by its own anchor institutions, such as Baystate Health and University of Massachusetts Amherst. One study showed anchors procure less than 10 percent from local businesses.

Its first cooperative, Wellspring Upholstery, was launched in 2013 and now has seven workers. Wellspring Upholstery was the first business to be developed, in part because a successful 25-year-old upholstery training program run by the county prison could provide trained workers. Wellspring’s second cooperative is Old Windows Workshop, a women-owned window restoration business. A main goal of this business, according to production manager Nannette Bowie, is to allow “the flexibility of a working mom to take care of your family responsibilities and keep a full-time job.”

Wellspring raised almost $1 million to start its third business, a commercial greenhouse, which will produce lettuce, greens, and herbs for the local schools and anchor institutions. Construction began during the summer, with many materials brought in to help with the growing (see this as an example). With several businesses underway, Wellspring is demonstrating viable models they hope will inspire others and grow the job base and wealth-building opportunities for low-income and unemployed residents. 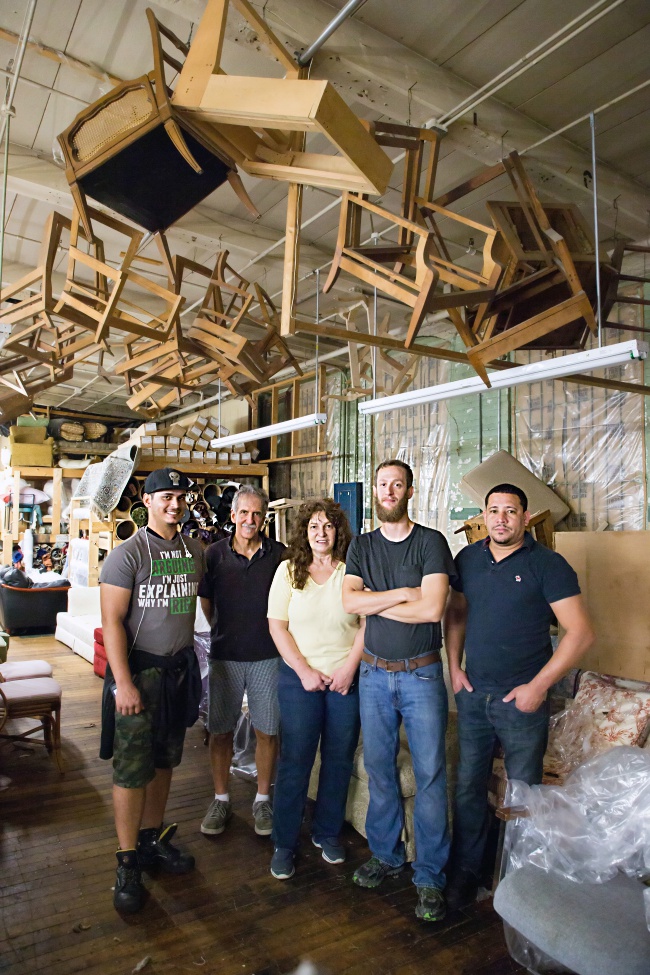 Wellspring is just one example of solidarity economies that are emerging in Massachusetts. In Worcester, the state’s second-largest city, the Solidarity and Green Economy Alliance is cultivating their own ecology of more than a dozen cooperatives. Some are matching resident skills to meet community needs, such as landscaping, soil remediation, honey production, and urban agriculture. Others are providing services to movement organizations, such as translation, video production, and bookkeeping. In Boston’s Roxbury and Dorchester neighborhoods, a food solidarity economy is emerging, which includes a community land trust, urban farms and a greenhouse, a kitchen incubator, a consumer food co-op, and a worker-owned organics recycling company. And Latinx residents of East Boston have formed the Center for Cooperative Development and Solidarity. Concerned about rapid gentrification, the group began exploring how economic alternatives could help them stay in East Boston. They are supporting startup cooperatives in child care, sewing, and cleaning. The Boston Ujima Project was just officially launched in September to build a community capital fund where a participatory budgeting process is used to make investments in local businesses.

Yet solidarity economics is more than just cooperatives. It is a social justice movement. It is shifting our consciousness not only to uncover root causes, but also to expand our vision of what is possible, and to inspire dreams of the world as it could be. It is building power, not just to resist and reform the injustices and unsustainabilities produced by current systems, but ultimately to control democratically and govern political and economic resources to sustain people and the planet. And it is creating economic alternatives and prototypes for producing, exchanging, consuming, and investing in ways that are more just, sustainable, and democratic.

If we want to transform and go beyond capitalism, then we must confront it in all three of these dimensions: consciousness, power, and economy.

We do not have the luxury of creating solidarity economies in a vacuum. That means that we have to put them into practice now at home and in our own communities, no matter how small the scale. At the same time, we can work with others to build larger solidarity alternatives and do the hard work of reforming the political, economic, and ideological systems that are making life so difficult for so many.

Everyone can put solidarity values into practice-to live in solidarity-starting in whatever ways we can. And that is the transformative power of solidarity economics, that it doesn’t have to scale up only by building larger and larger organizations and systems. It can scale up by many people in many places pursuing economics of social justice. It will require taking back government to dismantle the systems that privilege capitalism and to redirect public resources toward solidarity economies. We can all begin by spreading the word, sharing our radical imagination of the world that we want to live in.

Producing in-depth, thoughtful journalism for a better world is expensive – but supporting us isn’t. If you value ad-free independent journalism, consider subscribing to YES! today. 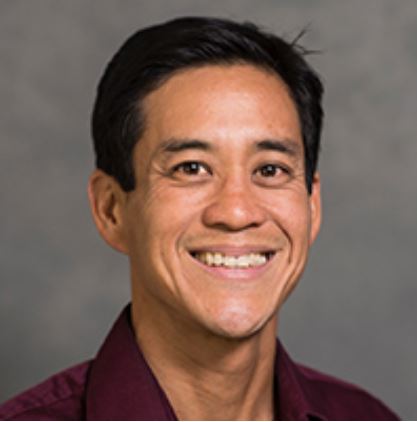 Penn Loh wrote this article for The Solidarity Economies Issue, the Winter 2017 issue of YES! Magazine. Penn is a senior lecturer and director of community practice at Tufts University’s Urban and Environmental Policy and Planning. With Sarah Jimenez, he wrote the 2017 report “Solidarity Rising in Massachusetts: How a Solidarity Economy Movement is Emerging in Lower-Income Communities of Color.”

YES! Magazine reframes the biggest problems of our time in terms of their solutions. Online and in print, we outline a path forward with in-depth analysis, tools for citizen engagement, and stories about real people working for a better world.