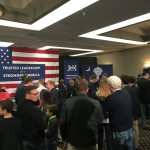 Round three of the 2016 election begins with Clinton beating Sanders in Nevada while Republicans try to overtake Donald Trump in South Carolina.

Round three of the 2016 election begins with Democrats facing off in Nevada and Republicans trying to overtake Trump in South Carolina. 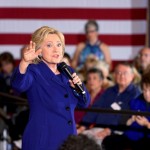 Is it fair for Hillary Clinton to share blame for North Korean nuclear test as a proxy for ex-President Bill Clinton and President Obama policies? 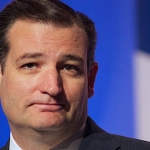 Ted Cruz learned a lesson that will likely follow as opponents beat him over the head with it through the Republican primaries if he decides to run. 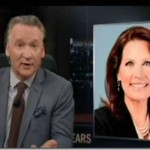 Bill Maher did a classic piece on the minimum wage. All Americans should get it. Very profitable companies are being subsidized by all American taxpayers. Bill Maher Tired Of Helping Companies Pay Workers Hike Minimum Wage (VIDEO) Bill Maher’s New Rules on the plea to raise the minimum wage is on point. It is hard […] 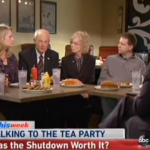 Anyone that wonders whether the Tea Party is falling apart should read the following. Their numbers are dwindling but there resolve is greater than ever. This Is Why Ted Cruz Will Continue Holding America Hostage (VIDEO) Ted Cruz actually has a constituency that continues to support his policies (or lack thereof) and tactics. This does […] 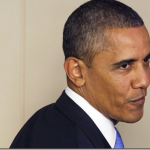 Complete Capitulation By GOP The President said it would not happen again after the Republican extortion of 2011. Many were wondering if he had the spine of steel to stick to those words. Well he did, he won, and he likely saved the presidency of others from political extortionists. He forced complete capitulation by the […] 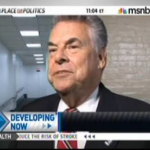 The civil war in the Republican Party continues. Many of the sane Republicans are letting the Tea Party self destruct. The Congressman said as much. In an interview this morning New York Congressman Peter King said the following. It’s something we have to do. It is a step in the right direction and hopefully it […]