GOP: from ‘big tent’ to biodome 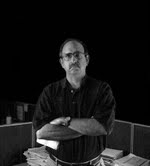 As if what one Republican state lawmaker said wasn’t bad enough, another came along to, um, second it.

The subject was fried chicken. And barbecue. And black people.

We need not point out the skin color of Colorado state Sen. Vicki Marble, R-Fort Collins, and State Rep. Lori Sain, R-Dacono. Not at all. The former made the news when, in a state hearing about poverty, she launched into an aside about the genetic health tendencies “of the black race” — the propensity toward diabetes, for one — followed by:

“Although I’ve got to say I’ve never had better barbecue and better chicken and ate better in my life than when you go down South, and you, I mean, I love it. And everybody loves it.”

Thank you, Ms. Marble. That will be enough.

Except it wasn’t — not for State Rep. Sain.

Despite the uproar over Marble’s comments, including condemnation by the GOP state chairman, a few days later Sain presented Marble a box of Popeyes Chicken. An eyewitness overheard Sain call it a “silent protest” against all the unnecessary flak Marble had endured.

Lord forgive these two, for they apparently know not what they do; they don’t hang out much with the “black race.” They live in ever-comfortable neverlands ruled by the ever-comfortable. They come to the Capitol to represent the mostly white, mostly Republican bastions that redistricting has wrought.

Sure, in concept and in oath, they are put in office to represent us. But, then, increasingly, people like them have a different definition of “us.”

In Texas, a federal panel blocked a new voter I.D. law, saying it imposed “strict, unforgiving burdens on the poor and racial minorities.” Ruling Republicans’ response: “And, so?” The state reactivated the law one nanosecond, or less than that, after the U.S. Supreme Court invalidated Section 5 of the Voting Rights Act.

In blasting a similar law in North Carolina, Colin Powell said it “immediately turns off a voting bloc the Republican Party needs.”

Quoth the GOP: “And, so?” Today’s Republican Party passes these laws by promoting a feeble fairy tale: “Nation awash in voter fraud.” Arkansas Gov. Mike Beebe has called the whole GOP voter I.D. movement “a solution in search of a problem.”

The real problem in the long run is one for the GOP, as noted by Powell: Black and brown people are paying attention.

They noticed when on the 50th anniversary of Martin Luther King Jr.’s “I Have a Dream” speech Capitol Hill Republicans effectively boycotted the commemoration on the Lincoln Memorial steps.

Instead, GOP leaders summoned a smattering of black Republicans to dine with them in the filtered air of a banquet hall to toast and delude themselves that theirs is the definition of inclusiveness.

After all, you know, Lincoln was one of them.

It’s not hard to think back to Republicans who stood for what Lincoln, and King, stood for: Dwight Eisenhower. Everett Dirksen. Jacob Javitz. Edward Brooke. Lowell Weicker.

However, today with the tea party as its life force, the party that George H.W. Bush once advertised as having a “big tent” has become its own biome, encased in Plexiglas, existing on filtered air.

Fifty years ago the push for the Voting Rights Act was excruciatingly bipartisan, with lawmakers in both parties taking political hits as they rejected white statism and the Jim Crow-ing of the Dixiecrats. And now?

With spokespeople like Vicki Marble and Lori Sain, nothing has so channeled the blissful insulation, the great white spirit of southern segregationists as does today’s tea party.

But it does appreciate good barbecue.