Bryan Henry’s Analysis of Dinesh D’Souza’s “America: Imagine the World Without Her”

Dinesh D’Souza, the influential conservative political commentator, respected Christian apologist and director of the documentary “2016: Obama’s America,” was in Houston last weekend for the premiere of his new film, “America: Imagine the World Without Her,” which opened nationwide Wednesday. The film is an adaptation of D’Souza’s latest book by the same title, and the main argument advanced by both is this: Liberals and progressives are deliberately undermining American greatness by promoting an anti-American interpretation of history and using government to weaken America’s economic prosperity at home and diplomatic influence abroad.

D’Souza is quite explicit in making this claim. He writes in the book that “decline…has become a policy objective,” and that “progressivism is the ideology of American suicide.” While it is certainly true that many Americans feel anxious about the future of the U.S. in the face of continued economic stagnation, seemingly inescapable military entanglements and an ongoing inability of Congress to address crucial long-term issues from climate to immigration to tax reform, D’Souza’s argument that one of our nation’s major political parties is consciously harming the country is unlikely to foster the type of reconciliation that our divided union so desperately needs to achieve. 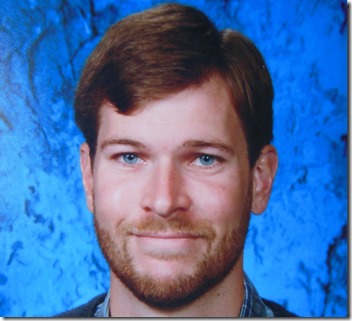 More to the point, his characterization of liberals and progressives as people determined to cause America’s decline only reinforces the most conspiratorial, hyperbolic and confrontational rhetoric and tactics that so many conservative commentators and politicians have embraced since the rise of the Tea Party and the popularized, visceral mistrust of President Obama.

‘America: Imagine the World Without Her‘ is not unique in identifying the anxiety that many Americans feel about the possibility of national decline. But the film’s proposed remedy is nothing short of the complete eradication of liberals and progressives from America’s political institutions. Rather than highlight the fact that political divisions have been a continuity throughout American history and promote pragmatism over ideology – the art of compromise – the film only gives further expression to and confirmation of the worst tendencies on the far right to view our current political problems in apocalyptic terms. Expect the casual musings about impeachment to become an explicit and urgent necessity by those who accept D’Souza’s argument.

The film focuses explicitly on education and how liberals and progressives teach their students to criticize or even hate America rather than celebrate it. D’Souza argues that today’s teachers and professors promote shame and guilt about America’s past, and that this is part of a larger liberal/progressive scheme to convince the citizenry that the United States should be weakened on the world stage. He credits the formulation of a “single narrative of American shame” to Howard Zinn’s “A People’s History of the United States” and spends considerable time attacking Zinn’s interpretation of American history. The film argues that today’s students are not hearing the whole story, and that their teachers are actively hiding the positive contributions made by America in favor of a biased, one-sided account that only highlights America’s flaws.

The assumption of the film is that such a one-sided interpretation of American history is, in fact, being taught in our high schools and universities. As someone who earned a B.A. in history and who now teaches high school history, I can say that assumption is unfounded. Zinn’s text is not used as a comprehensive history but rather as a supplemental text that provides perspectives and incidents that a typical textbook may leave out. In other words, Zinn’s text does exactly what D’Souza claims his own film is doing.

I asked Mr. D’Souza during the Q&A how he thought American history should be taught and whether or not Howard Zinn’s now classic text should still be read. He responded that he had read “A People’s History of the United States” multiple times, and that reading Zinn was only a problem if the text was presented as the complete story. My response, as a teacher, is that Mr. D’Souza would feel much better about America’s youth if he actually spoke to a teacher about how s/he uses Zinn’s text in the classroom.

A useful counter-argument to D’Souza’s “America,” in which he writes, “the American era is ending in part because a powerful group of Americans wants it to end,” is the timely “Our Divided Political Heart” by E.J. Dionne, Jr. Both books attempt to diagnose the current discontent and anxiety Americans feel about the future, but they offer starkly different solutions to our problems. Whereas D’Souza’s website promoting the film encourages the viewer to “decide which America you believe in,” Dionne argues that “false choices are the enemy of balance” and insists that regaining a healthy medium between our competing political philosophies will be the key to forging a new, long-term consensus – like the one that existed after World War II, wherein general agreement existed regarding the benefits of investment in infrastructure, education, scientific research and the amount of taxes necessary to fund the welfare state and the military.

The current divide in Congress, as many political scientists have observed, is the result of asymmetric polarization, meaning that only one side of the political spectrum has become extreme and unwilling to compromise with the other. It goes without saying that the Tea Party caucus in the House of Representatives is responsible for the intense polarization; after all, there is no Occupy Wall Street caucus, and conservative claims that the Democratic Party or President Obama reflect the real concerns of the Occupy movement are simply false.

In his book, Dionne pleads with Republicans and the Tea Party to recognize that “in the absence of a new consensus, we will continue to fight,” and D’Souza’s response seems to be “prepare for battle.” One audience member clearly got the message; he opened the Q&A session by asking what people could do besides engage in armed rebellion.

Dionne, like D’Souza, perceives the centrality of history to our current political impasse. He writes that “Americans disagree about who we are because we can’t agree about who we’ve been,” and it is this disagreement about how to understand ourselves and our past that D’Souza attempts to resolve in the film. He fashions himself as a debater going head-to-head with an established liberal/progressive understanding of American history – one that denigrates rather than celebrates our past – and he seeks to refute the argument once-and-for-all. Again, the tactic is not compromise, common ground or reconciliation; it is to defeat the enemy.

Dionne, unlike D’Souza, would arguably not perceive such a tactic as constructive or feasible because, as he writes, “American history is defined by an irrepressible and ongoing tension between two core values: our love of individualism and our reverence for community.” As Dionne points out, both liberals and conservatives care deeply about and promote individual rights and the well-being of the community. D’Souza, however, attempts to fashion progressivism’s contribution as illegitimate and sinister.

The history of progressivism, which includes Republicans like Teddy Roosevelt, is entirely misrepresented when conflated with the views of modern scholars and activists such as Noam Chomsky, a self-described anarchist. The film leaves the audience with the impression that in too many classrooms, American history is taught with the aim of inciting anti-Americanism, and that the response should not be to regain balance between competing perspectives but to proclaim the “truth” about America’s greatness, loud and proud. One audience member asked Mr. D’Souza to contact the Koch brothers in order to fund the film’s promotion in public schools. D’Souza reinforced the Houston audience’s concerns by stating that there is nothing wrong with today’s young people – that it’s their teachers who are leading them astray. Concerned parents may soon be calling for teachers they perceive to be pushing progressive Kool-Aid to instead drink the hemlock.

The argument put forward by “America: Imagine the World Without Her” goes beyond demonization of a specific politician, piece of legislation or political party. Rather, it attempts to demonize an entire political philosophy and repudiate part of our country’s political history. The hyperbole of D’Souza’s attacks against liberalism and progressivism are reminiscent of the vitriolic rhetoric that Glenn Beck used to espouse, but has since apologized for. Yet if Beck’s apology was one step forward, D’Souza’s film is two steps back. As much as the film claims to be about our past, it is really about D’Souza’s preoccupation with our future as he takes special aim at Elizabeth Warren and Hillary Clinton, whom he portrays as leaders of the liberal/progressive alliance to “undo” American greatness.

As Dionne in his book points out, “If everything that matters is at stake, then taking enormous risks with the country’s well-being…is no longer out of bounds. Rather, pushing the system to its limits – and beyond – becomes a form of patriotism.” D’Souza unwisely fuels the existing sense on the far right that it has become a besieged minority in sole possession of the truth – and that schools, government and media are increasingly against them. If we are to take D’Souza’s argument as sincere, one can only fear how his audience would react to a democratically elected Hillary Clinton as President in 2016. Our nation is divided and politically dysfunctional already, and D’Souza has produced a work that can only widen that gap.