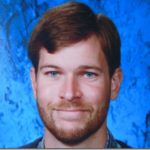 by Bryan Henry Bryan Henry’s Analysis of Dinesh D’Souza’s “America: Imagine the World Without Her” Dinesh D’Souza, the influential conservative political commentator, respected Christian apologist and director of the documentary “2016: Obama’s America,” was in Houston last weekend for the premiere of his new film, “America: Imagine the World Without Her,” which opened nationwide Wednesday. […]