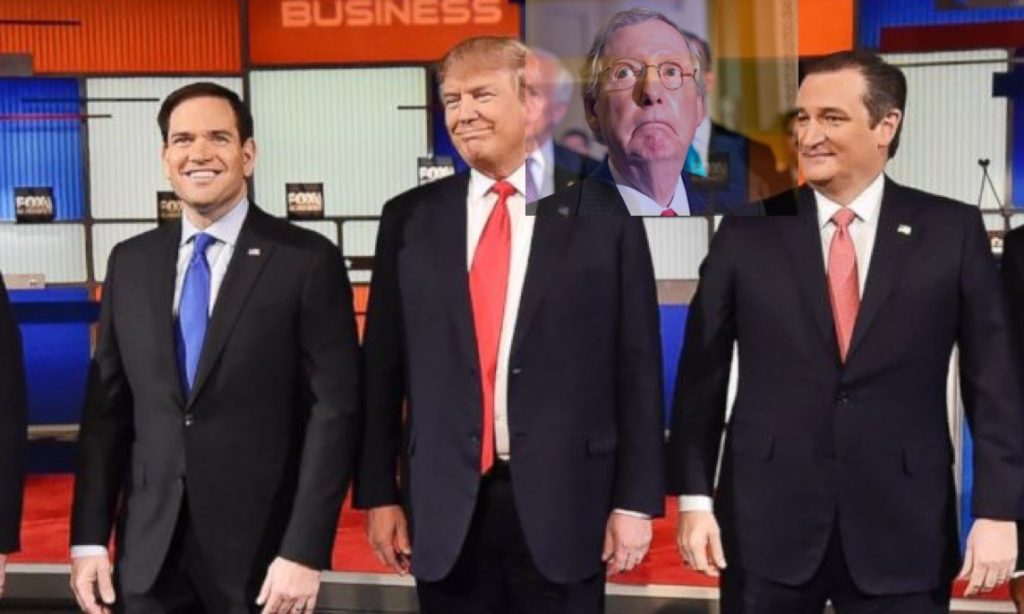 That was pretty snarky of TV’s Samantha Bee to enlist Michelle Branch to retool her 2000 hit “Goodbye to You” as “Goodbye to Cruz.”

However, when Branch sang of Ted Cruz, “I wanna punch you and ignore you at the same time,” let us acknowledge that she spoke not just for effete liberal entertainment types but for many of Ted Cruz’s Republican cohorts in the Senate.

It is quite a resume-topper to be known as the most hated man in the least-liked public institution in America.

Now to add another distinction to the vita, and we hate to break it to the senator, but he’s most certainly a key figure responsible for making Donald Trump so popular.

No, that can’t be. Listen to the senator.

Last week Cruz decried Trump’s ascendance and said that “everyone responsible” for it “will bear the responsibility going forward.”

The words sounded defiantly gallant. However, they also sound like someone in denial, someone who doesn’t understand exactly what Republican primary voters were and are rejecting.

He wants to blame others, but per the mess in which the GOP finds itself, Cruz has played the role of Dennis Nedry, the wonk in “Jurassic Park” who unlocks the pen that enables the T-Rex – T for Trump — to run amok. Oh, then Nedry gets devoured by a dilophosaurus.

Call this an overstatement if you will, but what Republicans have done – or not done, as it were — in Washington over the last eight years has made it possible for just about any billionaire in a suit to offer himself as a better alternative.

If Trump can be considered post-partisan, and he can, Cruz embodies the partisanship that GOP voters rejected this primary season.

It’s one thing to be an obstructionist. Sen. Mitch McConnell pledged to be one every day in every way when Barack Obama became president. Sen. Cruz, joining in the fun when sent from Texas in 2012 as the Great Tea Party Hope, raised those stakes. He offered his services not just as obstructionist but as a master destructionist.

The great pelt on Cruz’s wall remains his role in shutting down the federal government for 16 days in 2013. Or shall we say pelts – those of all the people whose livelihoods, benefits or government services hung in limbo while he and the tea party held the government hostage.

Trump’s success, despite the frantic efforts of Republican leaders, can be seen as blowback against the GOP, particularly its brand of do-nothingness in Washington.

Lest we dogpile on Cruz alone, consider how Marco Rubio, for one, helped make Trump the nominee. Rubio is a man seen as a leading light at the start of the campaign, but who crumbled on the stump and ultimately lost by a landslide in his own state.

However, there was to the story. Far from being a groundswell of support for Trump, the Florida primary was a beat-down administered by back-home voters furious over Rubio’s failure to do his job in Washington.

Rubio had no rejoinder to the fact that he had a certifiably miserable attendance records in the Senate. Challenged about this responded in fine do-nothing fashion, saying that nothing could be accomplished in the Senate.

Let’s just say that McConnell, Cruz, Rubio and the rest of the Inactivity Players have done a pretty miserable job of casting themselves as suitable stewards of the republic.

Theirs is the kind of leadership that has made it easy for a plurality of GOP primary voters to take T-Rex out for a walk in the park.