President Donald Trump directed his longtime attorney Michael Cohen to lie to Congress about negotiations to build a Trump Tower in Moscow, according to two federal law enforcement officials involved in an investigation of the matter.

It was a fraud from the beginning. Michael Cohen paid the chief information officer for Jerry Falwell Jr.’s evangelical college to rig early polls in Donald Trump’s favor, according to a new report. The former Trump Organization attorney, who has agreed to cooperate in multiple investigations involving the president, paid tech businessman John Gauger up […]

WASHINGTON — In the days after President Trump fired James B. Comey as F.B.I. director, law enforcement officials became so concerned by the president’s behavior that they began investigating whether he had been working on behalf of Russia against American interests, according to former law enforcement officials and others familiar with the investigation.The inquiry carried […] 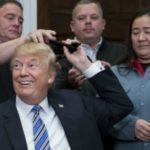 Many American union workers who voted for President Donald Trump in the 2016 election are increasingly beginning to regret their decision—and realize that Trump has been firmly on the side of the rich all along.

Trump voters should attempt to view reality instead of believing the fallacies that the Right Wing machine is pushing day in and day out. 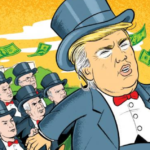 Robert Reich contrasts perfectly what Trump is all about and in fact, he represents his party well irrespective of his populist facade.

The evidence is in: The biggest beneficiaries of the Trump-Republican tax plan are shareholders. Once again the wealthy shareholder wins. 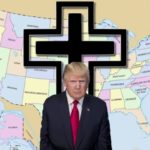 Evangelical Christians feel as if they have a new access to power. They have traded Christianity and Morality to get some Trump reward. 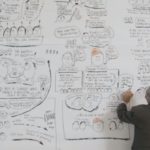 That Senator Orrin Hatch and other Republicans don’t seem to recognize that Donald Trump is a clear and present danger is itself frightening. 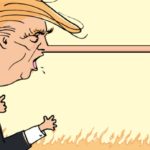 President Donald Trump’s rally in Missouri was a set-piece of distortion about taxes and the economy” that “compounded his growing legacy of false tales.