Bryan Henry captures the essence of what the Occupy Movement must become in order to have a real and lasting impact to our body politics and specifically a democracy that works for all. Occupy Kingwood is honored that he chose the local movement in our local community of Kingwood Texas and the surrounding areas to highlight as an example of the movement advancing.

As noted in Bryan Henry’s article, Occupy Kingwood completed its promise of 52 consecutive weeks at the corner of Kingwood Drive and West Lake Houston Blvd in Kingwood Texas.The movement has morphed into a chapter of Move To Amend where it will be working on the core issues that have corrupted our politics, corporate personhood and money defined as speech. Once eradicated the voice of the the average middle class American will once again be heard.

Occupy Suburbia: Where The Battle Of Ideas Must Be Won 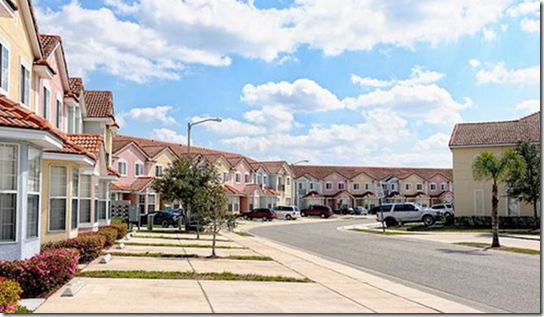 The Tea Party-dominated House of Representatives can still cling to its fantasy of dismantling the welfare state, but Tea Party economics were arguably rejected last November. Now, as the Tea Party’s influence in the realm of ideas continues to wane, a real opportunity exists for Occupy’s message to broaden its influence.

Some within the Occupy movement will undoubtedly view such hope as misguided, and they will argue that the Occupy movement is a tactic, a direct confrontation with the state; they will insist that attempts to influence the Democratic Party or the legislative process, that working “within the system,” is hopelessly naïve. Maybe.

1) Numerous successful direct actions to confront the state, and

2) Not quite shattering, but definitely redrawing the parameters of existing political discourse.

Some choose to highlight the direct actions, and believe that direct action is the only concrete task available. This group is relatively small because it takes a unique set of circumstances for an informed individual to participate in direct actions and risk arrest.

There is a much larger group that applauds those directly confronting the state, but who have for a variety of reasons chosen not to join them. This larger group tends to equally highlight and celebrate the impact that Occupy has had on the political discourse and believes, rightly or wrongly, that a broader movement based on many of Occupy’s ideals can concretely impact the political process.

Moving forward, it seems paramount that these two groups peacefully co-exist, if not actively cooperate with each other. For example, the direct actions taking place in Texas in recent months opposing the construction of the Keystone XL pipeline can be amplified and contextualized for the larger public by those not directly participating. Ten people directly confronting the state, who have the public support of 10 million people because their actions have been conscientiously explained to the larger public, may have more influence over the legislative process than previously assumed.

It may be true that no amount of public pressure will halt something like Keystone XL, and that direct action is the only alternative. However, it seems foolish not to attempt to garner as much popular support as possible for the direct actions already taking place. The sit-ins during the Civil Rights movement would not, by themselves, have accomplished anything concrete. Public awareness and support for those direct actions placed pressure on the political process.

If those within the Occupy movement who believe that working “within the system” is hopelessly naïve think that peaceful direct action is going to solve our environmental challenge, then they are just as naïve as those who still desire to influence the political process.

Peaceful direct actions have as their implicit goal legislative outcomes. The Occupy movement must now decide whether or not it believes that the state can be reformed. If the answer is yes, then the movement must continue to directly confront the state and, simultaneously, seek to directly influence legislation. History and morality would seem to indicate that peaceful direct action coupled with an increasingly broad public support is the direction that Occupy should pursue. Because while the movement’s tactics are not something the average person may choose to engage in, the ideals have wide support and that support can, however imperfectly, influence the political process.

During the last election, the suburbs were referred to as the battleground of American politics, and the suburbs are arguably where the Occupy movement should seek to spread its ideas and attempt to further influence public opinion.

Through conservative media and Tea Party activism, the upper-middle class narrative that Big Government is the problem tends to spread a libertarian false-consciousness to the lower-middle class. However, the recent election represents a rejection of the Tea Party’s social and economic policies, signaling an opening for a different narrative to become cemented in the suburban political mind.

The Occupy movement, along with liberals and progressives generally, is in a position to provide that narrative. A reminder of government’s constructive role in ensuring access to education and healthcare can provide the foundation for an expanding recognition that government can and should play a role in addressing our common environmental challenges.

Again, the assumption must be that government does have a constructive role to play, and this will undoubtedly come into conflict with elements of Occupy that see the state as the enemy, not to bargained with. The choice that Occupy currently faces is how relevant it wants be in the next few years. If the primary assumption of those who lead the Occupy movement is that government is at a minimum beyond reform or, at worst, an actual enemy, then Occupy will remain as marginal as the radical elements of the fringe Right who see the state as the enemy.

Ultimately, to reform the government will require the Occupy movement to participate in the battle of ideas within suburbia. For example, Houston’s suburbs, according to Patchwork Nation, are increasingly “swing” areas with middle-income, increasingly Hispanic populations. Combine demographic changes with state-level budget cuts to public education and health services, and you have a narrative void to fill due to the fact that upper-middle class dogma about shrinking government benefiting the lower-middle class is contradicted by lived reality.

Yet, if the liberals and progressives (still a general minority in the suburbs) who support the Occupy movement refuse to engage their local citizens, then public support for progressive policies and Occupy direct actions will remain low. Again, some within Occupy will laugh at this, insisting that their goal is not to win the support of suburbia or convince people to vote for the Democratic Party.

In the fall of 2011, a small group comprised of Democrats, Independents, Greens and socialists organized a local Occupy in the Houston suburb of Kingwood. Their tactic was to “occupy” the corner of the major intersection of town every Saturday morning to spread the ideas and goals of the Occupy movement. They held signs every Saturday for 52 consecutive weeks. The signs conveyed simple ideas such as: “Money is NOT speech,” “Corporations are NOT people,” “Healthcare for Everyone,” “Support a Green New Deal,” or “Occupy Society’s Morals.”

They demonstrated and voiced their beliefs every week in order to make their ideas more acceptable to a town that often did not support what the group advocated. Yet, the presence had an impact. People had to confront the signs when they drove to the mall, or the grocery store, or the local high school. The ideas were out there. Local residents were publicly reinforcing Occupy’s ideals, which barely received mainstream media coverage. Local residents provided a face for the movement that contradicted what right-wing commentators were saying about Occupy.

Some people would yell from their car as they drove by: Get a job! Needless to say, everyone participating was employed. Many of the organizers were local community college professors, one the sponsor of Students for Democratic Socialism. Another organizer, Egberto Willies, represented the local Democrats and on his website he chronicled the weekly Occupy events and provided political commentary supporting Occupy’s ideals.

Everyone involved wrote opinion pieces to the local newspaper, which further demonstrated to the people in the community that their neighbors supported Occupy. All of this was taking place in a solidly Republican district. But the consistency of the activism made the ideas more acceptable and broadcasted to others, who may have privately sympathized with Occupy or progressive goals, that there were people in town who shared their views.

When asked why he bothered to express his views in such a conservative town, Egberto said, “I continue to express my views even though they disagree with me because I respect them and understand that their disagreement with me is caused in large part by misinformation from the Right. I respect them enough to understand that if change is to occur, then those of us that know the truth must take responsibility for speaking the truth.”

The Occupy movement knows the truth about the corporate corruption of democracy. The Occupy movement knows the truth about climate change, income inequality, social welfare and health care. The question is: what role will Occupy play in bringing that truth to bear on the political process? Occupy Kingwood, for example, has evolved into a local chapter of Move to Amend, a coalition of organizations committed to reversing the corrosive impact of Citizens United on the political process.

Occupy has directly confronted the corporate state, and everyone owes those brave individuals gratitude. Occupy has fundamentally changed the nation’s political discourse, and everyone has benefited. Now, Occupy has the opportunity to confront the most powerful aspect of the state — the people — to enlist their support in a radical transformation of values that can be realized in legislation.