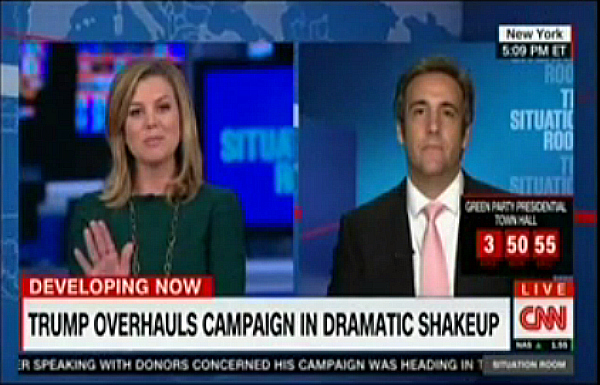 Liberals had a good laugh this summer when CNN’s Brianna Keilar (8/17/16) insisted to Donald Trump campaign lawyer Michael Cohen that his team was “down” in the race.

Keilar snarked back: “Polls. Most of them. All of them?”

At the time, it was the sickest of all burns. As the polls kept forecasting a clear win for Hillary Clinton, Trump fans went back and forth between complaining about a rigged system and accusing the polls of being dishonest.

Again, it was a good laugh for liberals—until Election Day.

As the dust settles and America comes to terms with the election of Donald Trump, it’s time to take a look at the embarrassment of the media class, with the failure of polling only one part of the story. For those who have bemoaned the mediocrity of corporate media, this might appear as a well-deserved comeuppance, but it also brings the uncomfortable upending of decades of common wisdom about media and elections.

Let’s start with the polls. Polling is inherently a part of the media landscape, as many polls are conducted by news organizations directly and drive much of their coverage. They are meant not only to allow readers to know where an election is headed, but to inform partisans about how to adjust their positions as the race progresses.

In our internet age, the polling industry has its own media sphere. Nate Silver’s 538 was perhaps the closest to accurate, as Clinton’s chances on that site (mostly) fell as Election Day loomed, although its fluctuating probabilities gave some the impression that numbers were moving to keep the clicks coming—not to mention that it still predicted a Clinton victory until well after polls began closing. Sam Wang of Princeton University is perhaps the most embarrassed, with his 99 percent likelihood of a Clinton win and his projection of 323 electoral votes for her. And Real Clear Politics, which simply averages a collection of major polls without the sorcery of Silver’s weighting system, always had Clinton in the lead after Trump’s brief post-convention bounce subsided.

What happened? There are a few possibilities. One is that many Trump supporters lied to pollsters, too afraid or ashamed to admit how they would vote. But another, more interesting theory is that polls focus on “likely voters”—as in, voters who have a record of voting in the past. To the extent that Trump successfully brought in a demographic that was previously alienated from politics, they were left out of the polling. 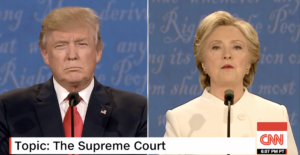 Another anomaly is the effect of the televised debates. Since the infamous Nixon/Kennedy debate, debate performances have been thought to potentially make or break elections. Highlighting personality, charisma and the ability to reason quickly and respond to arguments, these matchups were seen as giving Americans the clearest idea of who they should choose. Donald Trump, again, was widely mocked for his debate performancesfor everything from his sniffling to his call to throw Clinton in prison. It didn’t affect his chances in the end.

And then there’s the newspapers. Other than the Ku Klux Klan’s little rag, Trump’s only major-paper endorsement was from the Las Vegas Review-Journal, recently acquired by right-wing billionaire Sheldon Adelson, while most other leading newspapers, including historically Republican papers, backed either Clinton or Libertarian Gary Johnson, or went the full mile and called on voters to simply reject Trump.

Editorial boards were once taken to reflect the mood of the local elite and intelligentsia, or at least sectors of it, and had always been thought to influence the local electorate. This election has proven those endorsements meaningless.

It is quite easy to celebrate the failures here. Who are the old bats rotting at the Wall Street Journal’s editorial board to tell me how to vote, huh? Polls during elections, especially with the proliferation of places like 538, are thought only to be daily reminders of the tight race that are great at raising our blood pressure but do nothing to inform debate about actual policy. And the televised debates? These seem to be more important for drinking games and late-night writers than anything else.

But with that comes a great unease. How should the media be covering these races, and how should public opinion be measured and absorbed? What kind of debates between candidates would actually matter?

These are the valuable questions that media organizations should be asking themselves in the wreckage of this election. For the loser was not just Hillary Clinton. It’s also corporate media.

Ari Paul has reported for the Nation, the Guardian, the Forward, the Brooklyn Rail, Vice News, In These Times, Jacobin and many other outlets.